The concept is explained as follows: 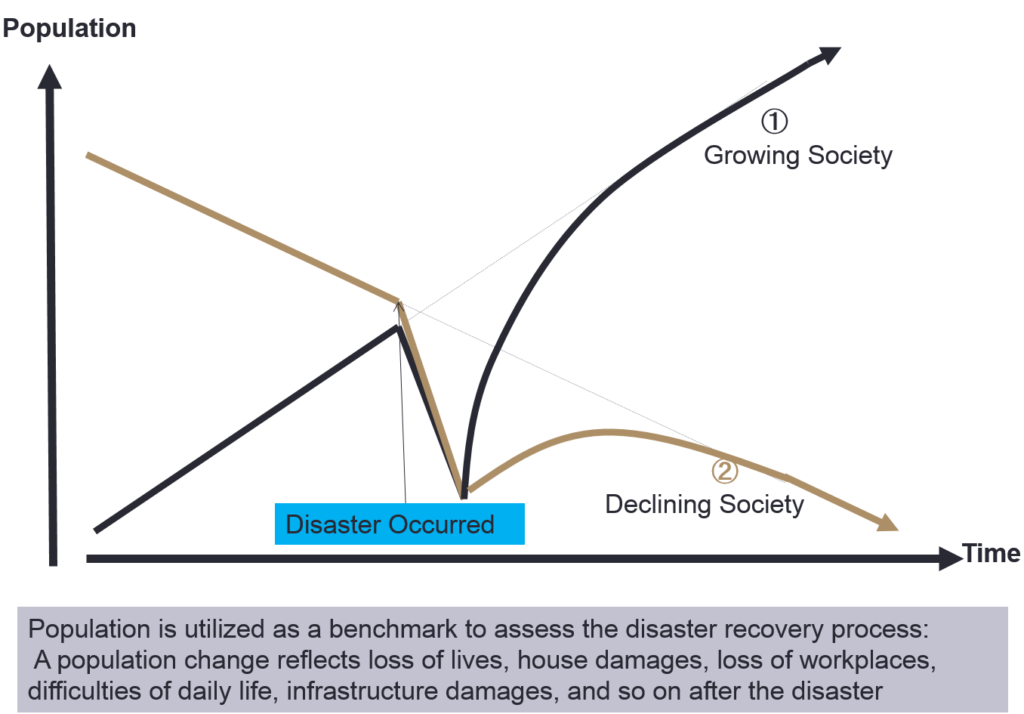 The followings are the two disaster recovery theories used for this study.
１) Theoretical framework 1
Disasters contribute to change, they do so primarily by accelerating trends that are already underway prior to impact ＜Bates et al.（1963）; Bates(1982); Bates and Peacock (1993)＞＜Haas et al.（1977）＞

The first theory is confirmed by some cases. You can see the following figures such as Kanto earthquake, Fukui earthquake, Typhoon Isewan in Japan, and Hurricane Katrina in US. 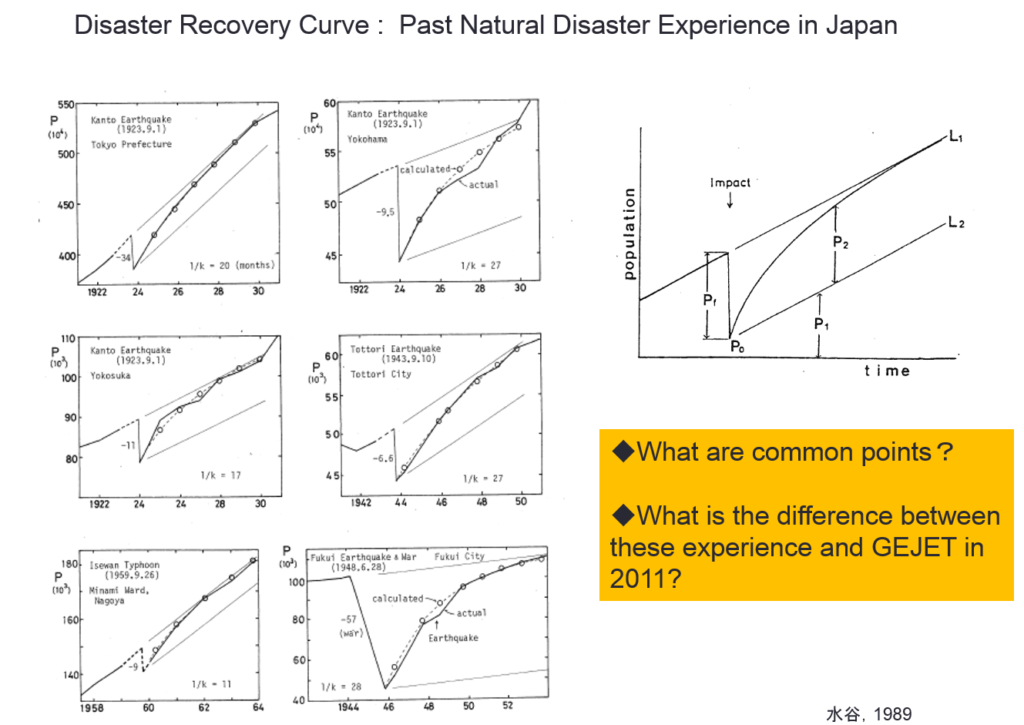 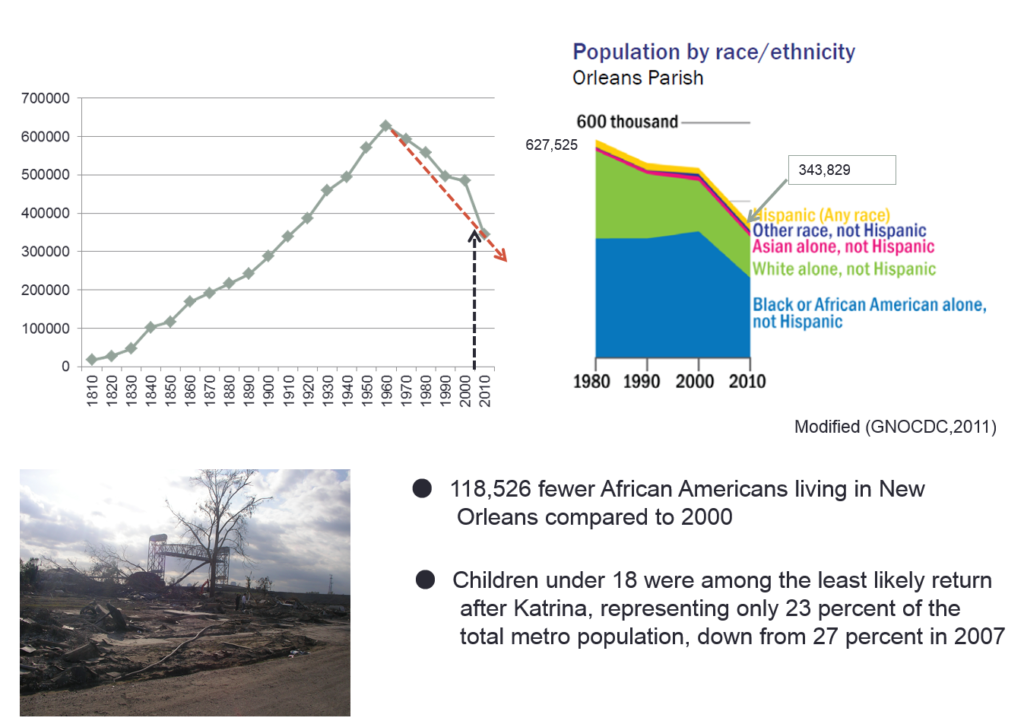 Figure3 The Disaster Recovery from Hurricane Katrina in US.