The below is just a comparison between 1994 Northridge and 1995 Kobe earthquakes.

Cost
Northridge: Property damage was estimated to be between $13 and $40 billion
Kobe: Around ten trillion yen – $100 billion – in damage, 2.5% of Japan’s GDP at the time.

Both earthquakes are in the costliest disasters (Overall losses) in the world (1980-2004) as you can see the below figure(Munich Re). 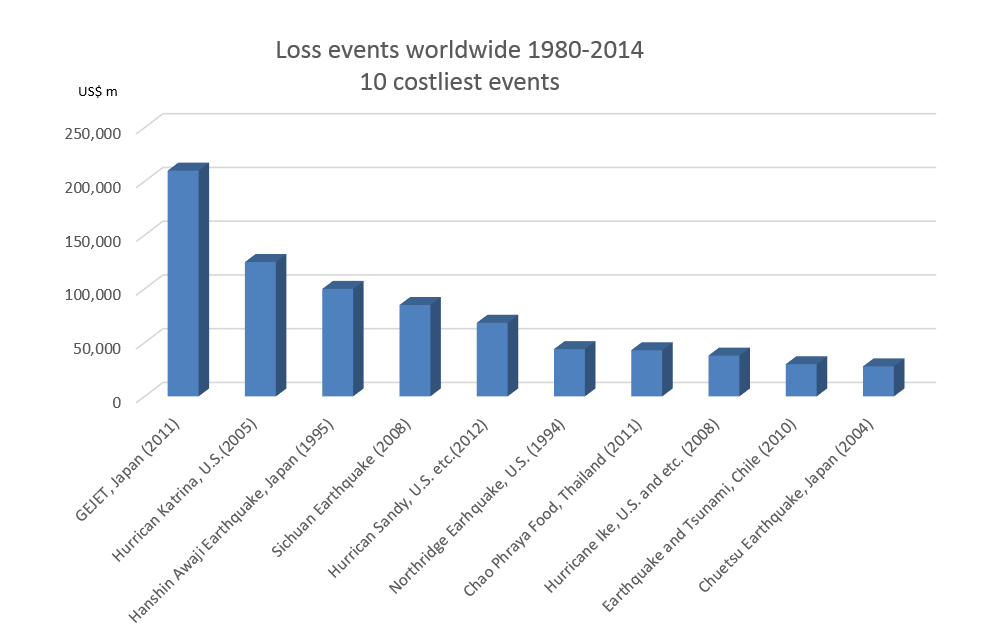 However, we need to notice the death toll’s huge gap between the two even if they happened almost at the same time on the same day with almost the same magnitudes. This tells us natural disaster is not “natural”. The earthquake itself does not kill people, it is just a natural phenomenon. We create “natural” disasters.