There is an index called the World Risk Index. The world risk report ranks Bangladesh as one of the high-risk countries in the world in 2019.

Indonesia and Haiti were easy to imagine, linked to the damages caused by recent earthquakes. Previously, there was an opportunity to learn from a land environment perspective about the past major disasters that struck Bangladesh, especially the large-scale cyclone disasters in 1970 and 1991. During a study session at the institution, I leaned the reported number of the casualties caused by the disasters was 500,000 and 140,000 people each. I was surprised to see the large numbers, but I was wondering why these numbers are so rough. When I looked at the table showing the breakdown numbers, I felt, “Oh!”

Yes, human suffering seemed to be a rough figure, while house damage and livestock damage were written down to one digit. And when we looked at what kind of country Bangladesh was like such as caste, religion, and livestock.

The background of the numbers, such as meaning, etc., has come into view. Regarding the number of dead and missing people in 1970, there are no accurate figures, and reports from 200,000 to 550,000 people have been reported in various fields.

When there is a disaster, numbers about the damage come out, but I thought it was a very important viewpoint to think about where the numbers came out and what you can imagine from those numbers.

By the way, the web site is
https://reliefweb.int/sites/reliefweb.int/files/resources/WorldRiskReport-2019_Online_english.pdf
Issued July 5, 2010 No. 6

DM: The number of dead and missing.

1) Iran is one of the most vulnerable country on earthquake disasters.
The below Day_81 can be checked.
2) Buguio city was severely hit by this earthquake. The city is also vulnerable to landslide disasters. 2009 Typhoon Pepeng hit the Buguio city. There were some issues in this city. Urbanization is the one of the causes.
NIED natural disaster research report
3) Some past posts can be referred. The below Day_117 can be checked.
4) Some past posts can be referred.The below Day_65 can be checked.
5) A huge cloud of volcanic ash and gas rises above Mount Pinatubo, Philippines, on June 12, 1991. Three days later, the volcano exploded in the second-largest volcanic eruption on Earth in this century.Following this Mount Pinatubo’s cataclysmic June 15, 1991, eruption, thousands of roofs collapsed under the weight of ash made wet by heavy rains (see example in photo above). Ash deposits from the eruption have also been remobilized by monsoon and typhoon rains to form giant mudflows of volcanic materials (lahars), which have caused more destruction than the eruption itself(http://pubs.usgs.gov/fs/1997/fs113-97/).
6) Itsukushima Shrine, its complex is listed as a UNESCO World Heritage Site, was damaged.
7) The Ormoc region was inundated by Tropical Storm Uring.The city government recorded 4,922 deaths, 3,000 missing persons, 14,000 destroyed houses. We call this disaster “Ormoc Tragedy”

The accuracy will be improved with citing some data sources.

DM: The number of dead and missing.

*The Daulatpur–Saturia, Bangladesh tornado occurred in the Manikganj District, Bangladesh on April 26, 1989. There is great uncertainty about the death toll, but estimates indicate that it killed around 1,300 people, which would make it the deadliest tornado in history. The disasters in Bangladesh indicate natural disaster is not natural.                        Can refer Day_117.

**The 1989 Loma Prieta earthquake occurred in Northern California on October 17 at 5:04 p.m. local time. This earthquake happened in the northeast of Santa Cruz on a section of the San Andreas Fault.The death toll was relatively not high compared to the economic damage. This can be explained with developed countries, especially US disasters characteristics.  Can refer to The Day_119. 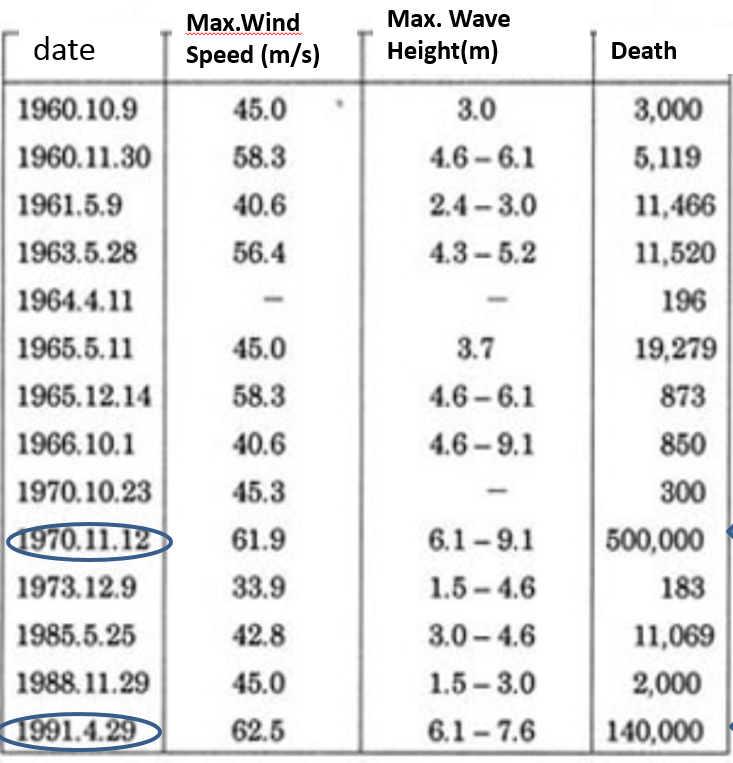 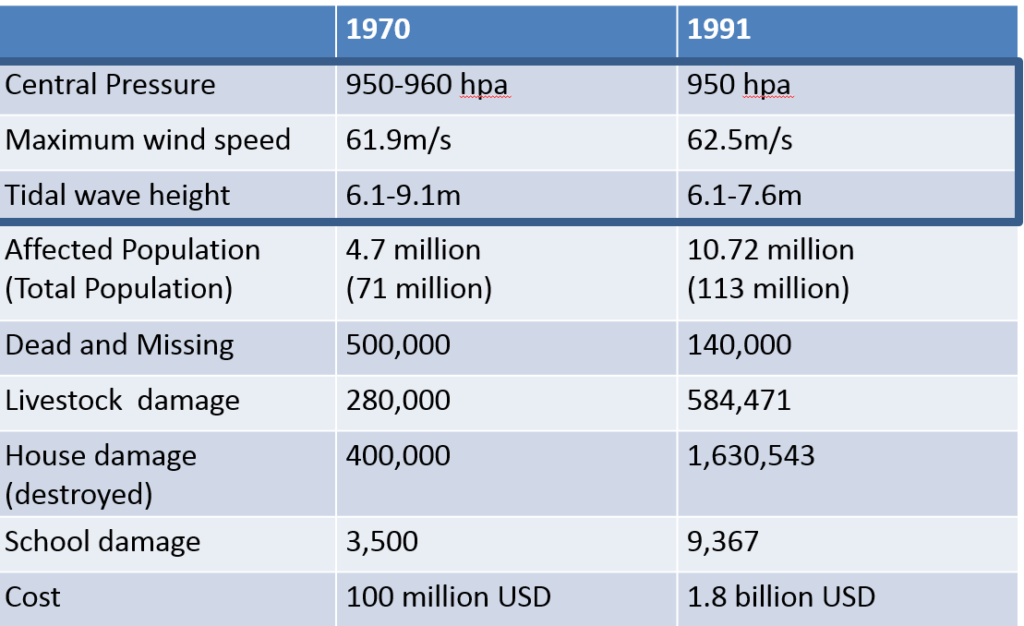 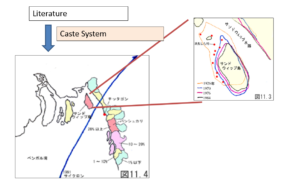 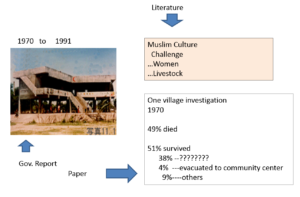 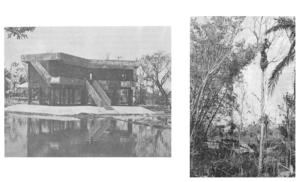 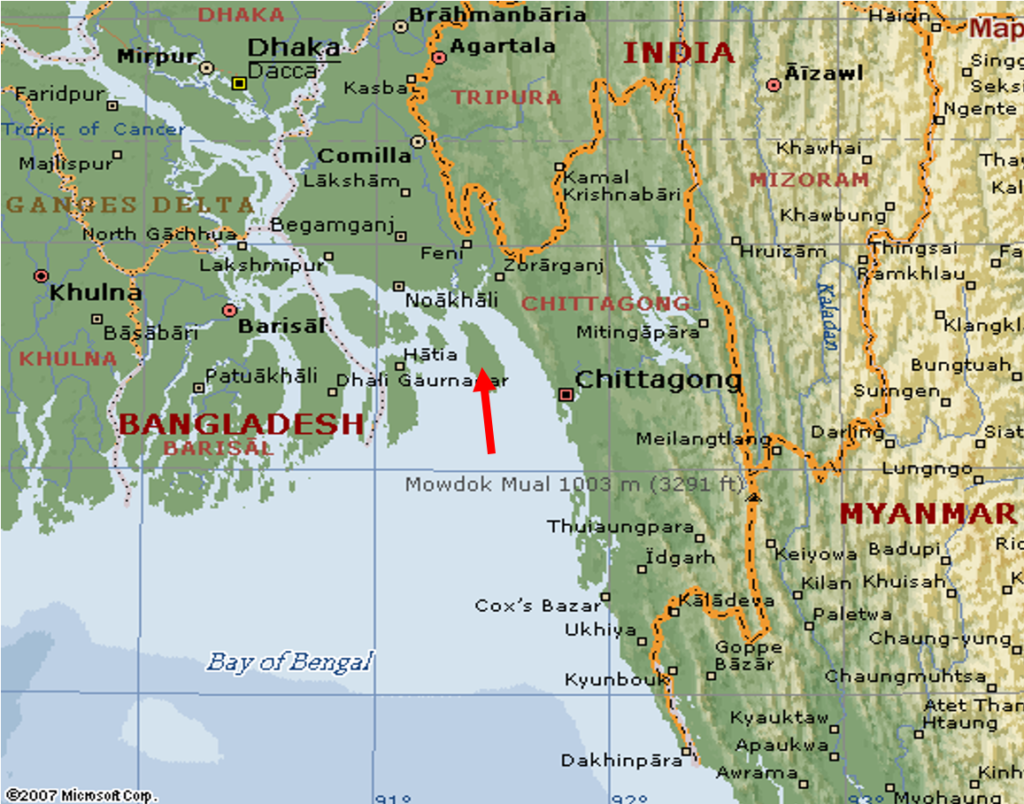