Past writings are to be disclosed little by little with some changes.

The Supreme Court of Thailand ordered 20th Century Fox Inc. and its local subsidiaries to restore the ecosystem of Phi Phi Island, acknowledging that the company degraded the environment around Phi Phi Lei Island for the filming of the Hollywood movie “The Beach” in 2000 on December 7, 2006. The film, starring Leonardo DiCaprio, has made great strides in the development of tourism on the island and displaced many tourists, but the island was one of the worst affected areas by the Indian Ocean Tsunami of late 2004, and many tourists lost their lives. 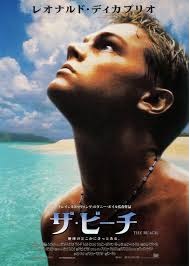 Tourism development for economic development and environmental issues lay largely in the background of why Koh Phi Phi was one of the hardest-hit areas by the tsunami in Thailand.

This was sparked by an attempt by a film crew to alter the landscape of Maya Beach on the island of Phi Phi Ley. For the filming of football game scenes, the sandy beach was widened by bulldozers and non-indigenous coco palm trees were imported and planted on the beach to create an image of a tropical paradise. The Royal Forest Department’s decision to approve the alteration was a measure that went so far as to bend the law in order to attract international investment with the aim of reviving the Thai economy.

This has led to the neglect of nature conservation, and local NGOs and others have begun to investigate and prosecute the environmental degradation around the island.

The tsunami that struck Phi Phi Island on December 26, 2004, occurred in the midst of such tourism development.

Now, two years after the tsunami, the island of Phi Phi Lei and the surrounding areas have regained their natural beauty, having been cleared of the man-made nature created by the tsunami.

Mr. Songboon of TOT Krabi Province, a major telecommunications company in Thailand, said, “I’ve been watching Phi Phi Island for a long time, but the sea was the dirtiest just before the tsunami. He said with great emotion, “The beaches around the area after the tsunami have regained the beauty of 10 years ago. He is currently staying on Phi Phi don Island to set up an internet connection. 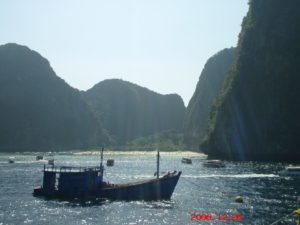 Mr. Spar, who runs a dive shop in the hard-hit Thongsai Bay, said, “For a while after the tsunami, we were in a vicious circle, with fewer customers and higher rates for the limited accommodations available to stay, and even fewer customers. However, now the sea itself is getting very clean and the city has recovered a lot, and the customers have returned. Management is getting a little better, too. and a glimpse of hope. 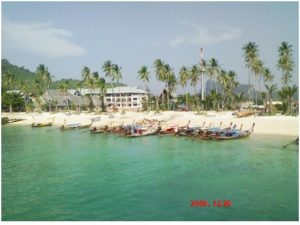 Supreme Court decision that seems too little too late. It will be interesting to see how Phi Phi Island rebuilds and learn from the experience of the tsunami and its recovery process.