Those who can rule the water can also rule the country. This proverb became a reality, especially during the Sengoku period (Warring States Period) in Japan.

Shingen(-Zutsumi) embankment is a flood control system which was built over 400 years ago to protect the northern part of the Kofu Basin, the rich rice paddy areas of Kai Province. The name comes from the Daimyo (District Lord) Shingen Takeda. Shingen Takeda was one of the strongest Samurai Daimyo during the period. He controlled his soldiers well and so the floods. 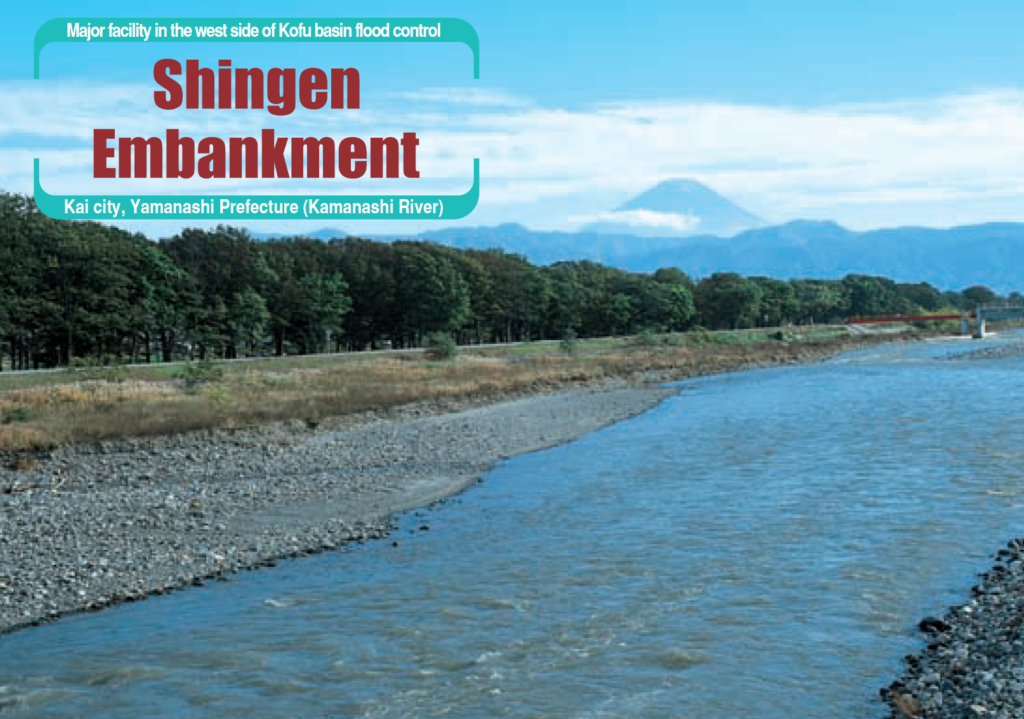 In addition to Shingen-Zutsumi Embankment, there are also Bunroku-Zutsumi and Taiko-Zutsumi Embankments established by Shogun (Hideyoshi Toyotomi). The Circle Levee in Nobi Plain is also called that it was built during the time. However, there are still arguments that Samurai Daimyo could built such embankments or not because they required high technologies and a huge amount of human resources during the periods.