Continue to explain the chain reactions of economic damage caused by Chao Phraya river flood. There were horizontal and vertical damage exacerbations types. 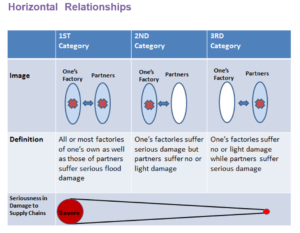 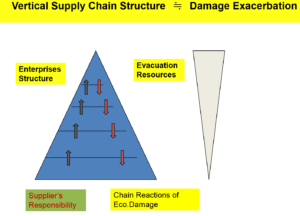 These are the outlines of the disaster damage exacerbation of the supply chains.  These are presented at several meetings in Japan.