The followings are the two disaster recovery theories used for this study.
１) Theoretical framework 1
Disasters contribute to change, they do so primarily by accelerating trends that are already under way prior to impact ＜Bates et al.（1963）;Bates(1982);Bates and Peacock (1993)＞＜Haas et al.（1977）＞

The first theory was already explained.
Concerning the second theory, the following Figure 4 can be referred. 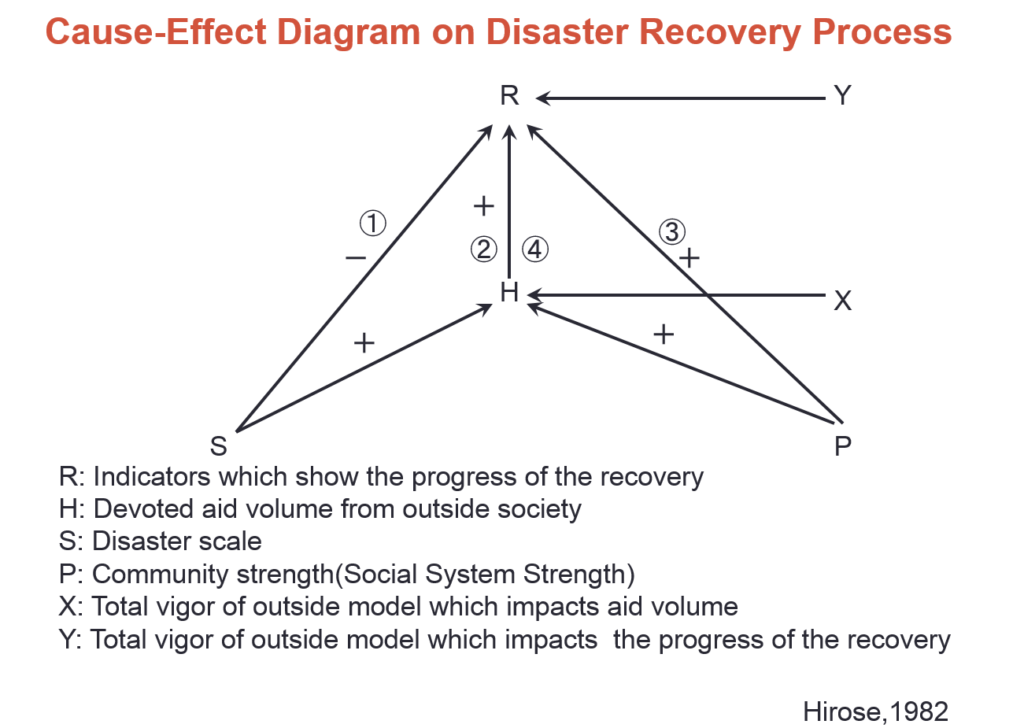 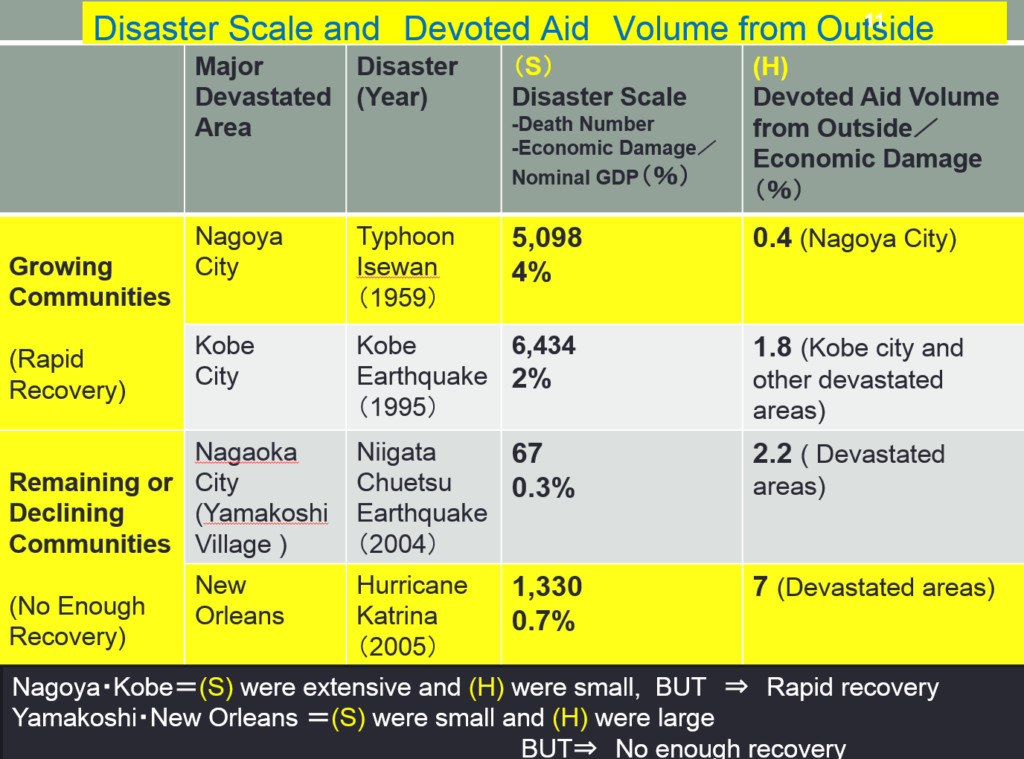 The above Table 1 explains four disaster cases. Two growing communities before the disaster such as Nagoya city destroyed by Typhoon Isewan and Kobe city hit by Kobe earthquake.The other two were declining communities such as Nagaoka city (Yamakoshi village) affected by the Niigata Chuetsu earthquake and New Orleans devastated by Hurricane Katrina. 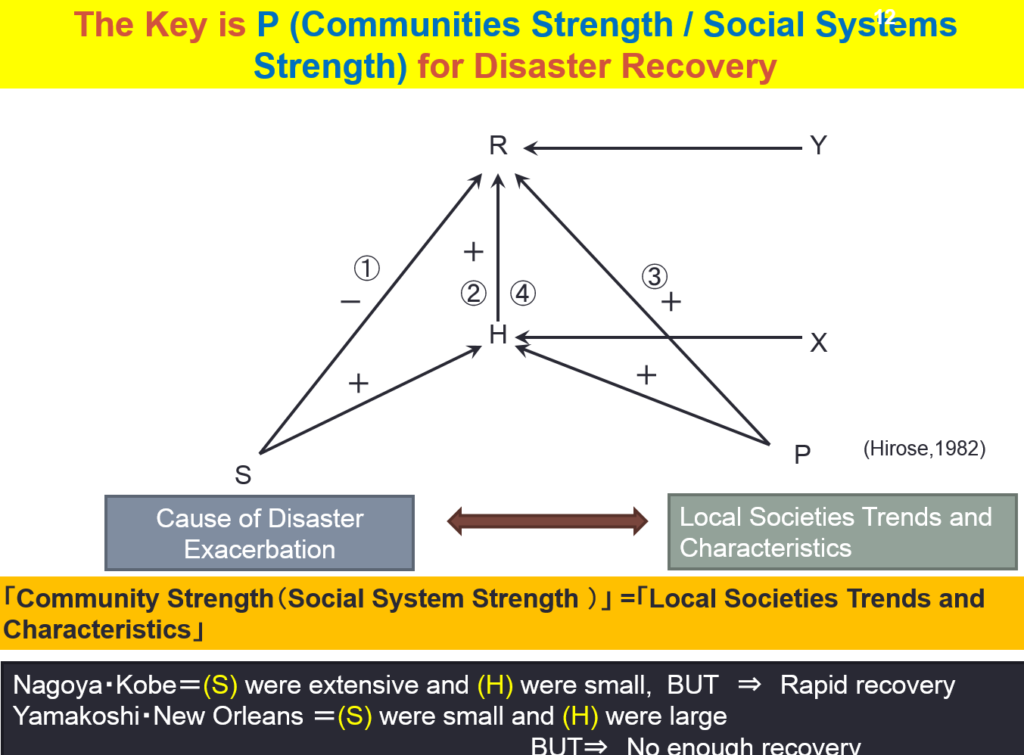 Therefore, we can recognize the P(Community Strength) is the key indicator to influence the progress of the disaster recovery as shown in Figure 5.