Day_77 indicates disaster damage trends from human to economic. The following figure (sorry, little bit old data) can show the important aspects. Once we divided death tolls, affected people numbers, the costs of the disasters by the numbers of occurrences, the data can clearly tell the reality because the data indicates the tendencies. For example, the death toll / occurrence (number) means “easy to die by disasters”. 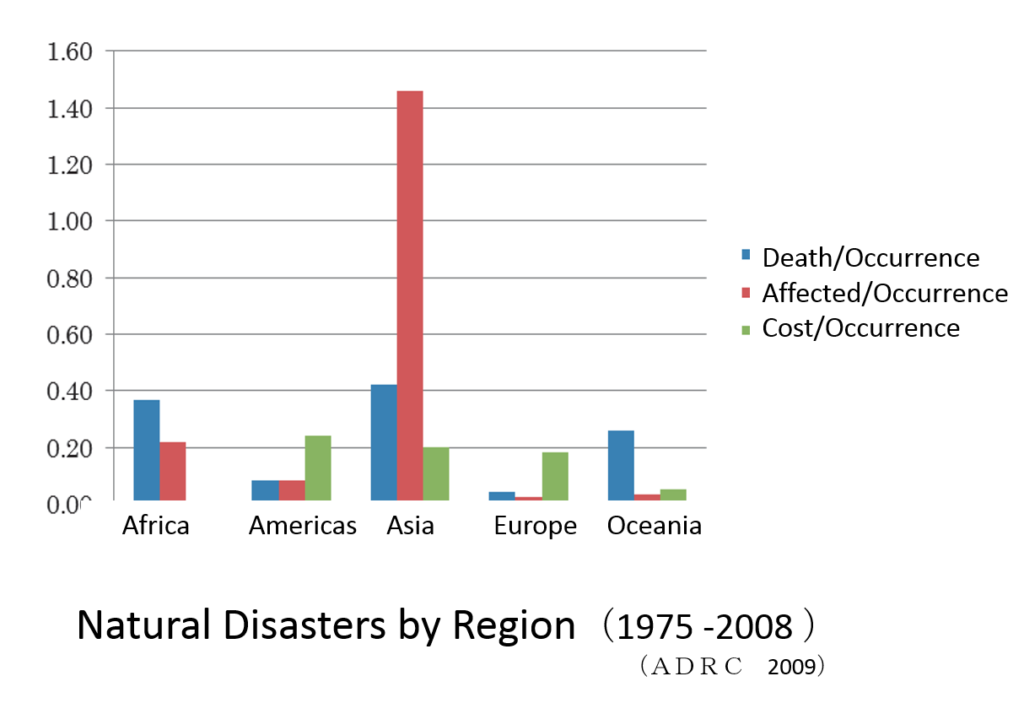 So, we can say the people in Asia are easy to die, be affected, and have costs of disasters. The comparison between the Africa and the America apparently shows the tendencies. The people of Africa are likely to die however the people of Americas are difficult to die. The disasters in the Americas tend to have the highest cost.