Many disaster cases in Japan indicate some people were victimized to help others.  For example, the following testimony was found in a case of the 1959 Typhoon Isewan disaster (did interviews in 2009):

My father tried to help the neighbor who was drowning and he(my father) was washed away by the water. I and my mother were left”

We also have a traditional legend “Tsunami Tendenko” *in Tohoku, however, it was difficult for local people to follow this during the 2011 Great East Japan Earthquake and Tsunami disaster.

*A traditional legend ”Tsunami Tendenko”
“The ancient “Tsunami Tendenko” tradition means that everybody should run away immediately, without consideration for their families, relatives, or neighbors”

How do you think?

The following is the altruistic behavior model which we can consider. 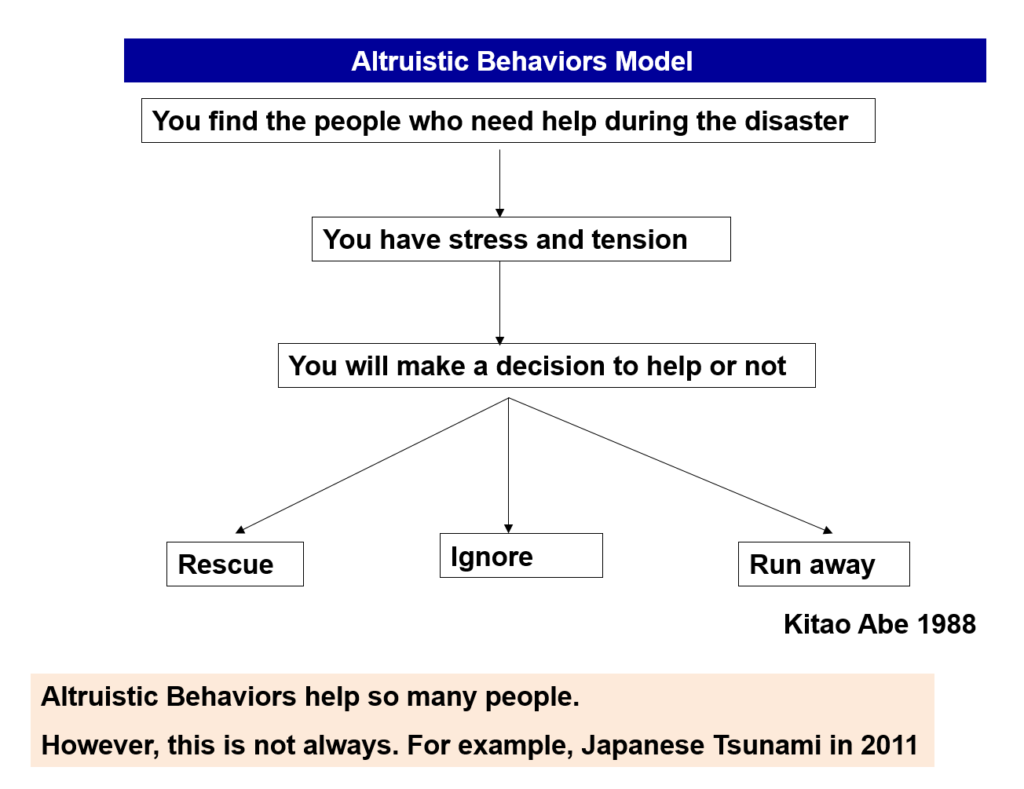 To know the altruistic behaviors, the below book can be checked.